Weather extremes on the increase

The warming of the Earth's surface and atmosphere has resulted in widespread extreme weather events. While some regions are affected by extreme droughts, which can lead to water shortages, crop failures or fires, other regions are hit by heavy rainfall and accompanying floods, which can sometimes be accompanied by massive destruction and cost human lives.

Data from weather records show: since the 1980s, each decade has been warmer than the previous one and warmer than all previous decades since 1850. In addition, since 2005, the warmest ten years since weather records began have occurred. According to the Intergovernmental Panel on Climate Change (IPCC), the number of warm days and nights has been increasing since 1950, while the number of cold days and nights has been decreasing. The associated warming has already led to an increased frequency and duration of heat waves in some areas of the world and increased the number and intensity of droughts occurring, for example in the Mediterranean area, West Asia, many parts of South America and much of Africa and Northeast Asia. Heat waves are also occurring more frequently in large parts of Europe and Australia.

The prolonged periods of low precipitation and high evaporation over land areas lead to regional soil drought, which reduces plant growth and agricultural yields and promotes desertification. These changes are already contributing to a decline in food security. Especially in regions close to the equator, yields of maize and wheat, for example, have fallen and the higher temperatures are damaging livestock farming.

In Europe heat waves and droughts are becoming more frequent as climate change progresses too: since 2003 until today, Europe has already experienced nine heat waves, with these being particularly pronounced in southern Europe. However, the burden of heat has also increased significantly in Germany: In the period from 1951 to 2019, the number of days on which a temperature of 30 °C was exceeded increased by an average of about 8 days. The summers in 2003, 2018 and 2019 were also the warmest since weather records began in 1881.

Climate change not only affects the temperature, but also influences the amount and intensity of precipitation. The warming of the earth's surface and the atmosphere is accompanied by a change in wind systems and thus a change in the transport of air masses. In addition, the warmer atmosphere can absorb and transport more water vapour. The consequence of this: Local heavy precipitation becomes more intense worldwide. In northwestern Europe, for example, the risk of river floods has increased in recent decades. In northern Europe, the climate is becoming significantly wetter on average and floods are occurring more frequently. In Germany, changes in precipitation amounts and frequencies are also evident, with an increase in winter precipitation amounts and an increase in heavy precipitation events, which led to flooding in some regions and cities in Germany in 2016, 2017 and 2021, for example. Events with heavy precipitation often lead to flooding especially in cities due to the high degree of sealing.

The ocean is not spared from global warming either. The ocean layer in the upper 75 metres warmed by an average of 0.11 °C per decade from 1971 to 2010. According to estimates, the world's oceans absorb about 80 percent of the heat that humans supply to the ecosystem. Ocean warming has accelerated in recent decades. The frequency and intensity of so-called marine heat waves have increased significantly.

In addition, the sea ice around the North Pole has been steadily decreasing both in terms of ice volume and in terms of the ocean area covered with ice since satellite measurements began in 1979 - by an average of more than 10 percent per decade. While the extent of Arctic sea ice between 1979 and 1992 was still around 6.1 million square kilometres, the value in the period from 2007 to 2020 was only around 4.4 million square kilometres. The Arctic Ocean has also lost about half of its ice cover in the last 30 years. The sea could be free of ice in summer as early as 2050.

...the mainland ice is shrinking...

The ice mass on Greenland is also reducing by more than 250 billion tonnes every year, and the rate of ice loss has accelerated sharply in recent years. Between 1981 and 2010, it melted on an average of around 15 per cent of Greenland's ice surface in June and July, and by June and July 2020 it had already melted on around 25 per cent. Parts of the Antarctic ice sheet are also showing heavy losses, with about 150 billion tonnes of ice mass lost per year since 2006. In addition, many smaller glaciers worldwide have already disappeared, while larger ones, such as the Alpine glacier, have lost an average of almost half their ice mass since the beginning of industrialisation.

One danger associated with shrinking continental ice currently lies hidden in the Arctic permafrost: 1.8 trillion tonnes of trapped carbon. If the ground thaws, this carbon will be released. The consequence: an enormous increase in the greenhouse effect and a further rise in temperatures.

...and the sea level is rising faster and faster

A direct consequence of melting ice is rising sea levels - partly due to the melt water itself, but also due to water expanding with warmer temperatures. Shrinking ice masses in Greenland, for example, have contributed to the rise in average sea level by more than 7 millimetres per decade since 2006. According to the IPCC, sea level rose by a global average of about 16 centimetres between 1902 and 2015 - and by about ten centimetres since global satellite measurements began in 1993 alone. Since 2006, sea levels have risen by around 3.6 millimetres per year, more than twice as much as in previous years. The cause of this acceleration is the ever-increasing melting of the ice sheets in Greenland and the Antarctic.

For people in coastal regions, a further rise in sea level can have far-reaching consequences: Their homes could be flooded and thus become permanently uninhabitable. Increased wind speeds and precipitation in combination with relative sea level rise can also lead to extreme water levels and erosion of land areas.

The increased emission of carbon dioxide and the absorption of this carbon in seawater leads to a so-called acidification of the oceans: When CO2 reacts with seawater, carbonic acid is formed, the pH value of the seawater as well as the acidity increases, while the oxygen content decreases. About one third of the carbon dioxide that has been released into the atmosphere by human activities since the beginning of industrialisation has now been reabsorbed by the oceans. As a result, the pH value of the near-surface seawater has decreased by about 0.1 compared to pre-industrial times until today, which corresponds to an increase in acidity of 26 percent. Among other things, this threatens numerous calcifying marine organisms such as corals and crabs.

Higher temperatures accelerate the metabolism of living organisms, which costs animals additional energy. Animals that are able to migrate have the opportunity to avoid the rising temperatures, for example, by migrating north. The cod, for example, is often no longer found on the southern North Sea coast because it has become too warm there. They are now increasingly seen in Spitsbergen, an archipelago between the Norwegian mainland and the North Pole.

Such migrations due to changing environmental conditions have always occurred both in the water and on land, but not at the speed they are currently occurring due to climate change. Many species are unable to keep up with this rapid change, which means that the changes associated with climate change are taking place so quickly that many animal and plant species can hardly adapt. This has consequences for biodiversity and ecosystems, including the loss and extinction of species. For animals that already live in the coldest regions of the earth, such as the polar bear, it will be particularly critical, as they will no longer be able to migrate to colder regions. Due to global warming, species such as the golden toad have already become demonstrably extinct.

Do not despair, but act!

With all the effects of climate change already prevalent, one could probably bury one's head in the sand. But there is also good news: it is not too late to limit global warming to 1.5 °C and thus counter the worst effects of climate change! Freely following the statement of the Intergovernmental Panel on Climate Change (IPCC) "Every tenth of a degree counts", measures to reduce one's own climate impact must be taken not only by politicians but also by companies and every single private individual.

Especially in the industrialised countries, people are called upon to reduce their carbon footprint, as this is twice as high for the richest 1% of the population as for the poorest 50%. For both companies and private individuals, the following applies: Reduction before compensation! However, if it is no longer possible to reduce one's own emissions, companies, for example, can offset their CO2e emissions that cannot be reduced by means of a climate certificate such as the Blue Planet Certificate. 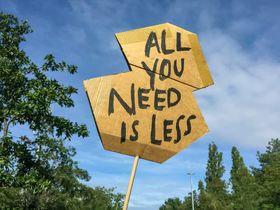 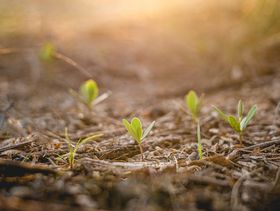