Greenhouse gases and their increase

Climate describes the state of the atmosphere in a place or area over a period of at least 30 years. It is influenced by all subsystems of the Earth system, i.e. the atmosphere, the oceans, sea and land ice, ocean and land habitats, land water, soils and humans.

The consequence: the temperature rises

Since early industrialisation around 1750, global ground-level air temperature has risen by an average of about 1 °C and is now about 1.5 °C on average over all land areas. The extent of warming is generally much greater over land than over the ocean. In 2015 to 2019 the warming was about 1.7 °C above the values of the pre-industrial years. According to scientists, such a temperature level cannot be explained by natural climate fluctuations. For example, the Intergovernmental Panel on Climate Change (IPCC) proves in its assessment reports that humans are primarily responsible for the current global warming. Without taking into account the increase in greenhouse gases in the atmosphere, the observed warming of the climate system, especially the warming since the 1950s, cannot be explained.

The proportion of methane in the atmosphere has also increased by about 2.5 times compared to pre-industrial levels. Since the greenhouse effect of methane per molecule is about 25 times as strong as that of CO2, this increase also has immense effects on the climate. Industrial agriculture, especially intensive livestock farming, is largely responsible for methane emissions. Nitrous oxide is also released primarily in agriculture, for example through the use of artificial fertiliser.

Another cause of climate change is human impact on the land surface: forest areas are cleared and burned; peatlands are drained, which causes a further release of greenhouse gases and at the same time leads to a reduction in carbon uptake.

We have it in our own hands

The good news is that we have the opportunity to counteract all this, for example by promoting more sustainable agriculture, protecting forests or preserving peatlands. If you also want to actively contribute to climate protection, feel free to explore Naturefund's conservation projects, which secure land for nature in the long term and thus prevent the release of further greenhouse gases! 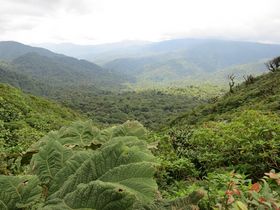 Protect the climate now and become a project sponsor!