The importance of forests

From deciduous, coniferous and mixed forests to dry, mangrove or tropical rainforests. For all their diversity and variety, forests have one thing in common: they are extremely important for our climate, provide a habitat for the majority of animal and plant species found on earth and have positive effects on and for us humans.

Why forests are important for the climate

Forests help to protect the climate by absorbing CO₂ during photosynthesis and forming wood from it. The older and more natural a forest is, the more efficiently it filters CO2 from the air and the more important it is for nature. On average, about 10 to 11 tonnes of the greenhouse gas are stored per hectare of forest each year, and thus about 3.4 trillion tonnes of carbon are stored long-term in forest soil and trees worldwide. In Germany alone, this figure is around 4 billion tonnes of CO2. This makes them one of the largest carbon sinks on land, although they only cover just under 30 % of the land surface. If you add the stored carbon in forest soils, the amount stored even exceeds the amount of carbon in the atmosphere. They are therefore gigantic carbon reservoirs and their preservation is one of the decisive factors in preventing global warming from progressing. For they absorb around one third of the greenhouse gases emitted worldwide each year.

Forests provide habitats for countless animal and plant species. For example, forests harbour the most species of all terrestrial habitat types - around 80 % of all terrestrial species are at home in forests and they are home to more than four-fifths of all known animal and plant species outside the oceans. This makes them the most species-rich habitats in the world! However, a large part of today's forests has already been severely fragmented by man or eaten up by land encroachment. This not only makes a forest more susceptible to drought and fire, but also gradually deprives the animals living there of their livelihood. But the loss of forest and the severe fragmentation and fragmentation is also making itself felt here. The animals living in the forest are gradually being deprived of their livelihood. Compared to 1970, there are already 53% fewer forest vertebrates on earth today. 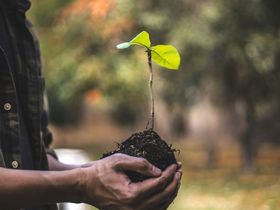 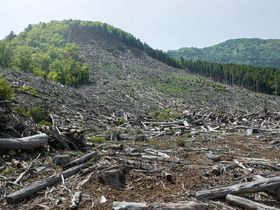