Do we need reforestation to combat the climate crisis? A team of Swiss researchers is certain: forests play an important role in climate stability.

Awareness of climate change is pushing people to act quickly and effectively. The consequences of climate change have been defined and the Paris Agreement on Climate Change is intended to make it obligatory for the contracting parties to set climate protection targets. A large number of scientists* are developing concepts for mitigation and measures for adaptation to climate change in a wide variety of reports. According to the latest assessment report of the Intergovernmental Panel on Climate Change (IPCC), the containment of climate-damaging greenhouse gases alone will no longer be sufficient to sustainably limit climate change and its devastating consequences for humans and nature.

A necessary focus of climate protection, on the other hand, must be placed on the protection of existing natural areas and renaturation measures. According to the report, at least 30-50 percent of the world's land should no longer be used intensively, but should be completely returned to nature under protection. This is the only way to ensure the creation of intact and thus climate-stabilizing ecosystems. And this safeguarding of areas affects all types of different ecosystems, whether oceans, wetlands, deserts, grasslands or even forests.

Forests can be climate savers and climate threats

On our website, we have highlighted the importance and functions of forests. Not only are forests treasure troves of biodiversity, they also have important ecosystem services and play a special role in balancing the climate. If large and species-rich forests in our Earth system fail, such as the Amazon rainforest, this is considered by researchers to be one of several potentially dangerous tipping elements in the climate stability of our planet. It therefore seems logical that existing forests should be protected, unstable ones restored and missing ones reforested.

Reforestation as the most important solution against climate change
In a study, a team of Swiss researchers from ETH Zurich analyzed 80,000 satellite images and came to the conclusion that there would be enough surface area on Earth to offset two-thirds of man-made CO2 emissions by reforesting forests. If trees were planted on the calculated area, they could sequester 205 gigatons of carbon in the long term. The same amount that humans have caused in the last 250 years. Reforestation would be an effective way to combat climate change, according to the study.

Among researchers and scientists, the Swiss report and the resulting findings and calls are critically discussed. For example, reforestation projects have the distinct disadvantage of only being significantly effective in offsetting CO2 after many years, because a tree needs time to grow in addition to the necessary protected space and room. On a global average, a tree stores about 500 kg of CO2 over a period of 20 years. In addition, the compensatory capacity of trees is conditioned by several external influences.

Preserve ecosystems
The IPCC report supports the view of many conservationists and NGOs and motivates them to act quickly. The importance of forests for the ecological balance and biodiversity of the earth is undisputed. And even if reforestation projects are measures directed towards the future, the protection, but also the reconstruction of existing forests and other ecosystems is of particular importance for a stable climate.

Become a supporting member of Naturefund, protect habitats and preserve ecosystems for the diversity of species! You can support our work and become a conservationist for as little as €2.50 per month. 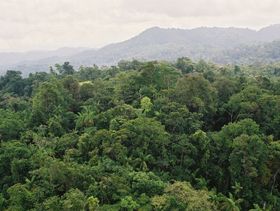 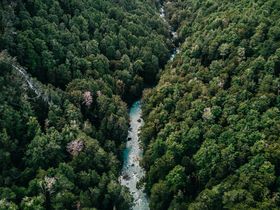