Naturefund has created a wild meadow together with Bonduelle and the farmer Udo Wengel. In Thuringia numerous wild flowers and wild herbs were sown on 125,274 m² of farmland, creating a blooming paradise for butterflies, bees and Co.

The biodiversity of native plants and animals is in danger. One reason for this is the increase in ever larger fields without hedges or roadside strips, without wild flowers or wild herbs. In many places in the countryside, monotony prevails instead of biodiversity. Many wild flowers and wild herbs that used to be everywhere have disappeared. Bees, butterflies and numerous other species are thus losing their habitat and food base.

In addition, more and more pesticides are being sprayed in intensive agriculture. A toxic cocktail of various herbicides, insecticides and fungicides destroys the plants and poisons the soil and groundwater. Not only is habitat lost, but many insects and wild animals are also exposed to toxic chemicals. They are weakened, become ill and many die.

Wild flowers and wild herbs for butterflies and wild bees

Bonduelle wants to give something back to nature and therefore started the "Wild Meadow" project together with Naturefund. On a field with an area of 125,274 m² a colourful seed mixture of wild flowers and wild herbs was sown in collaboration with the farmer Udo Wengel from the Kannawurf farm. Only native wild herbs and flowers were used for the selection of the seeds: Yarrow, wild carrot, marguerite, meadow sage, St. John's wort and many other native plants make the fallow land bloom and shine. Shortly after the first rain, a green fuzz appeared and the herbs began to sprout.

The field is located in the district Sachsenburg and borders directly on the forest Hainleite. The first sowing already took place at the beginning of April 2019 on 5 hectares. In autumn 2019 the seed mixture was then sown on the remaining 7.5 hectares. Instead of a monotonous landscape, the joint action of Bonduelle, Naturefund and the agricultural company Kannawurf has resulted in new and species-rich structures which provide food, breeding grounds and retreat for numerous species in autumn and winter. In the long term, it is hoped that bird species such as the skylark and partridge, but also the hare, hedgehog and lizard will once again settle here.

The "wild meadow" project is growing

Naturefund will coordinate the care of the meadow over the next three years in consultation with the farmer and report on the blossoming, growing and buzzing of the insect diversity. And the "Wild Meadow" project is already growing: Torsten Köther, Mayor of the municipality of Großneuhausen, which is only 20 km away, asked if Bonduelle and Naturefund would support a wild meadow in Großneuhausen as well. With pleasure, was the answer. At the end of May 2019, together with many children, a further 20,000 m² was sown with wild flowers and wild herbs.

On which the native diversity of species is preserved. 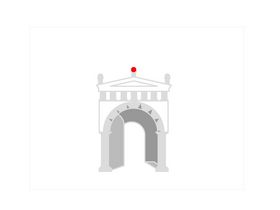