The former primeval forest of the Andes was cut down. With it, the habitat for many rare plants and animals disappeared. In 2014, Naturefund began planting trees using the Dynamic Agroforestry. With success: we have now planted over 40,000 trees.

The eastern Andes Cordillera enclose the valley like a ring. Once the mountain slopes were densely forested and the name Cochabamba meant the valley with the many lakes in Quechua. As early as 1962, the Tunari National Park was established to protect the primeval forest of the Andes and thus also to secure the drinking water supply of the megacity of Cochabamba.

Uncontrolled immigration, a weak government and ignorance led to the fact that the mountain slopes are almost bare today and this leads to the well-known consequences: Parched soil in the dry season, so that nothing grows in agricultural fields, mudslides in the rainy season. Many smallholder families in and around Tunari National Park live on subsistence farming. They keep livestock and grow crops in monoculture using traditional farming methods. Their yields are low. As a result, problems such as malnutrition and poverty are widespread in this region. Moreover, according to the authorities of the department of Cochabamba, the damage caused by storms, landslides and mudslides has doubled in the last five years.

In 2014, Naturefund started a reforestation project together with Bolivian smallholder families. The goal was to protect the last remnants of virgin forest and at the same time create edible forests for people and animals.

Together with the German Federal Ministry for Economic Cooperation and Development (BMZ), we launched the second project phase in autumn 2017. In this phase, we supported almost 200 families in switching to sustainable cultivation with dynamic agroforestry and planted 30,000 more trees in the process. At the same time, simple water basins made of local material were built with various villages to secure the water supply in the dry season.

We have also established several demonstration plots to show the benefits of dynamic agroforestry to more people. These include the plots at the Faculty of Forestry of the University of San Simon in Cochabamba (ESFOR), which is also used for training purposes for future forest engineers, two plots at Granja Pairumani, two plots in Mollesnejta and another one in Apote.

In total, 286 families were converted to Dynamic Agroforestry, 26 water basins and 10 irrigation systems were built during the first and second project phases. In total, more than 40,000 trees were planted - the Andes around Cochabamba are becoming greener again! The farming families are also continuously trained and supported in the application of the method by specially trained dynamic agroforestry trainers, whether through workshops and seminars or practical inspections of the farmland. Surplus harvests can be sold on local markets through distribution networks we have established, thus improving the families' income.

In the current third project phase, we want to support more farmers in converting to dynamic agroforestry in addition to the continuous care and support of the already existing plots. There has been a great deal of demand from surrounding municipalities, and it is planned to convert a further 30 plots to dynamic agroforestry before the end of 2022. Further water basins are also to be built by the local population and with local materials to ensure a continuous water supply.

Another important milestone in the third project phase is the ongoing training and education of smallholders in the principles of Dynamic Agroforestry. In addition, institutions are to be trained and further DAF trainers as well as pilot farmers are to be trained, who can then in turn pass on the cultivation method to farmers in surrounding municipalities. The expansion of distribution networks is also a priority in this project phase, so that harvested products can no longer be sold only at certain times at markets, but also continuously in shops. The further processing of the harvest, for example apples into apple juice, plays an important role here, which is taught to the farmers through seminars. The small farmers should also learn how to present their products attractively at the markets.

We need your help to implement these projects!

Plant trees now and support smallholders in the long term

Reforestation in the Andesin Bolivia 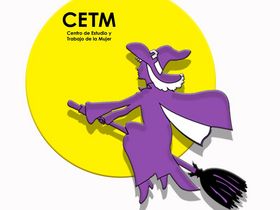 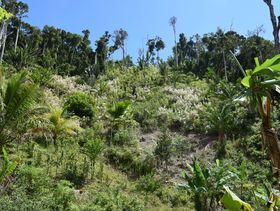