Flowering meadow in the forest

Flowering meadows are home to a large number of native species, some of which are rare, even on a small area and thus make an important contribution to species conservation. We therefore protect a 6,800 m² flowering meadow on the edge of the Westerwald, which acts as a stepping stone biotope for the spread of species to surrounding areas.

Near-natural meadows are biodiversity hotspots and are home to a large number of animals and plants, often including numerous endangered species, even on a small area. The conservation of these meadow habitats is therefore an important measure for the preservation of biodiversity. But such species-rich flowering meadows are in danger: the grassland ecosystem is currently one of the habitats in Germany that is in a particularly critical state. The reason for this is that up to 75 % of these areas are actively managed - i.e. fertilised, mown and dragged - and are therefore in a particularly poor condition. Species-rich and near-natural types of meadows must therefore be preserved and promoted at all costs according to the Biodiversity Convention.

Flowering areas in particular represent valuable substitute habitats in cleared agricultural landscapes. They not only serve as feeding, retreat and breeding habitats for insects, but are also a source of beneficial insects for biological pest control. Perennial flowering areas and species-rich meadows also ensure the build-up of humus and thus serve as important carbon stores.

The flowering meadow to be protected in our project is located in Merenberg in Central Hesse on the edge of the Westerwald. The meadow of about 6,800 m² is embedded in high forest areas with old beech and oak trees and is also bordered by the Vöhlerbach stream. Until now, the meadow was mown once a year for haymaking and extensively managed. This has preserved a rich biodiversity, which we would like to continue to maintain.

The meadow is home to a wide variety of habitats ranging from meagre areas to damp patches and areas of alternating moisture. The number of animal and plant species found here is correspondingly high. During a survey in June 2021, eight bird species were discovered, including the kingfisher and the endangered whinchat. Two dragonfly species are also found here, as well as six butterfly species, among them the highly endangered pale meadow-headed blue butterfly and the dark meadow-headed blue butterfly, which is on the forewarned list. The plant diversity found in the flowering meadow is also impressive: 31 plant species could be counted during the inspection, including declining species such as the great meadow-head or the marsh marigold as well as endangered species such as the common eyebright.

However, such species-rich meadows with their diverse small-scale habitats are becoming increasingly rare even at the project site in the Westerwald. The reason for this is, among other things, the ongoing intensive cultivation of land and the expansion of mostly monotonous farmland around the forest areas. We therefore want to preserve this valuable biotope permanently for nature. Also because the meadow is suitable as a "stepping stone". In other words, it is located in such a way that the biodiversity found there can spread to surrounding areas.

The Hessian Society for Ornithology and Nature Conservation (HGON) is responsible for the coordination, long-term biotope maintenance and care of the flowering meadow. The meadow has to be mown once a year in a natural way to avoid bush encroachment and to preserve the valuable biotope. Further recording of the species occurring in the meadow and their continuous monitoring is also planned. The entire area is the habitat of various insects whose population still needs to be recorded.

Help us with this! For 5 € you can protect two square metres of this valuable biotope and thus ensure the continued existence of numerous native animal and plant species!

Flowering meadow in the forestin Germany 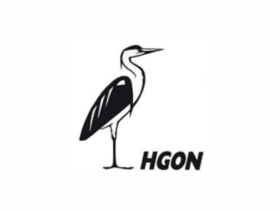