The carbon footprint indicates the amount of greenhouse gases released by an individual activity or action and where the greatest individual possible savings lies. Usually, the carbon footprint is expressed in so-called CO2 equivalents (CO2e), since other climate-damaging gases such as nitrous oxide or methane are included in the calculation in addition to carbon dioxide. The CO2 footprint, which can be calculated using a CO2 calculator, thus shows how damaging to the climate a single person lives, i.e. how strongly our lifestyle affects the climate and the environment. In principle, the smaller the CO2 footprint, the more climate-friendly the individual lifestyle.

That civil society changes and emission reductions are needed to achieve the goal of limiting global warming set out in the Paris Climate Agreement becomes clear, when looking at consumption-based CO2e emissions: Private households account for almost two-thirds of global emissions. In particular, the areas of mobility, housing  and nutrition have a large share to individual CO2e emissions, each accounting for about 20%, and therefore also harbour great potential for reduction.

In Germany, the average per capita emissions consumption of just under 11 tonnes of CO2e is clearly too high, especially when one considers that less than one tonne of CO2 should be produced per person per year so that the greenhouse effect is not further intensified and the climate is protected, according to the UBA. But the consumption of, for example, clothing, electronic goods or furniture alone already accounts for an average of 3.8 tonnes of CO2 equivalents per person per year in Germany.

Do you know your carbon footprint?

Do you also emit 11 tonnes of CO2e annually or are you possibly below the German average? Find out with our CO2 calculator! For all those who already know their impact on the environment and climate, we have also compiled tips on how to reduce your own greenhouse gas emissions. 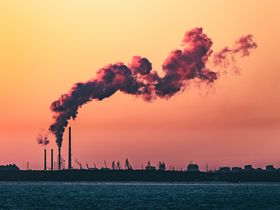